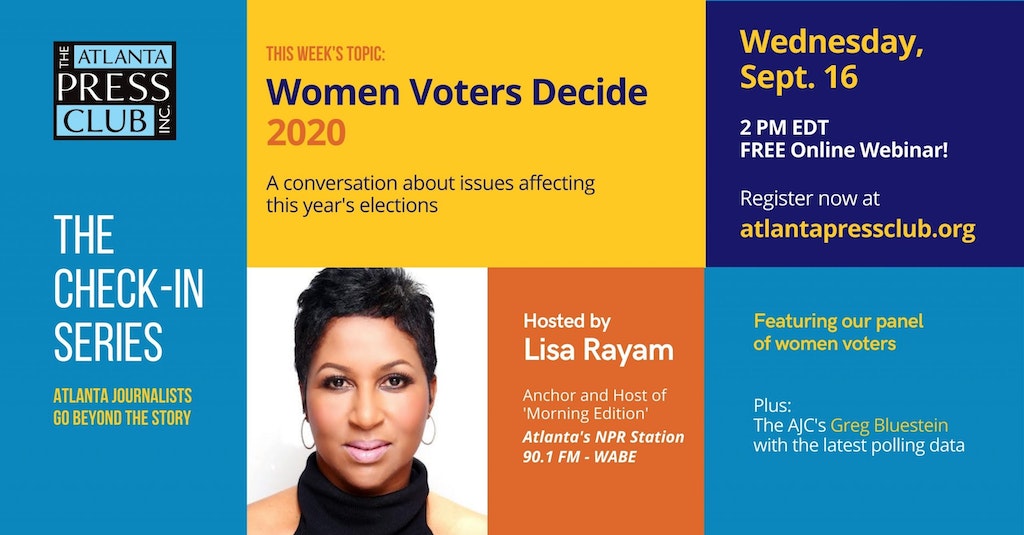 Join us for an overview of recent polling about voters in Georgia. Led by moderator Lisa Rayam, anchor at WABE, this discussion includes a panel of metro Atlanta women from across the political spectrum. We’ll also hear from the AJC’s Greg Bluestein, who will give an update on his 2019 story, “A Reckoning in Atlanta’s Suburbs Could Shape 2020.”

Lisa Rayam, moderator: Lisa Rayam is the host and senior producer of WABE’s flagship program, Morning Edition. She is also a contributor to national NPR stories.

Greg Bluestein, special guest: Greg Bluestein is a political reporter who covers the governor’s office and state politics for The Atlanta Journal-Constitution. He joined the newspaper in June 2012 after spending seven years with the Atlanta bureau of The Associated Press.

Karla Jacobs, panelist: Karla is a writer, activist and organizer who serves on the Georgia Commission on Women and represents the Commission on the Criminal Justice Coordinating Council Statewide Human Trafficking Task Force.

Jina Sanone, panelist: A former political consultant, corporate executive and Clinton administration appointee, Jina is part of the White House team that started AmeriCorps. She recently combined her lifelong interest in women’s leadership and love of politics to found Her Term, a collaboration built by women to elect women.

Sunita Theiss, panelist: Sunita is a communications executive who currently serves at the Women’s Public Leadership Network. Sunita is actively involved in coordinating efforts to engage millennial women in the political process.