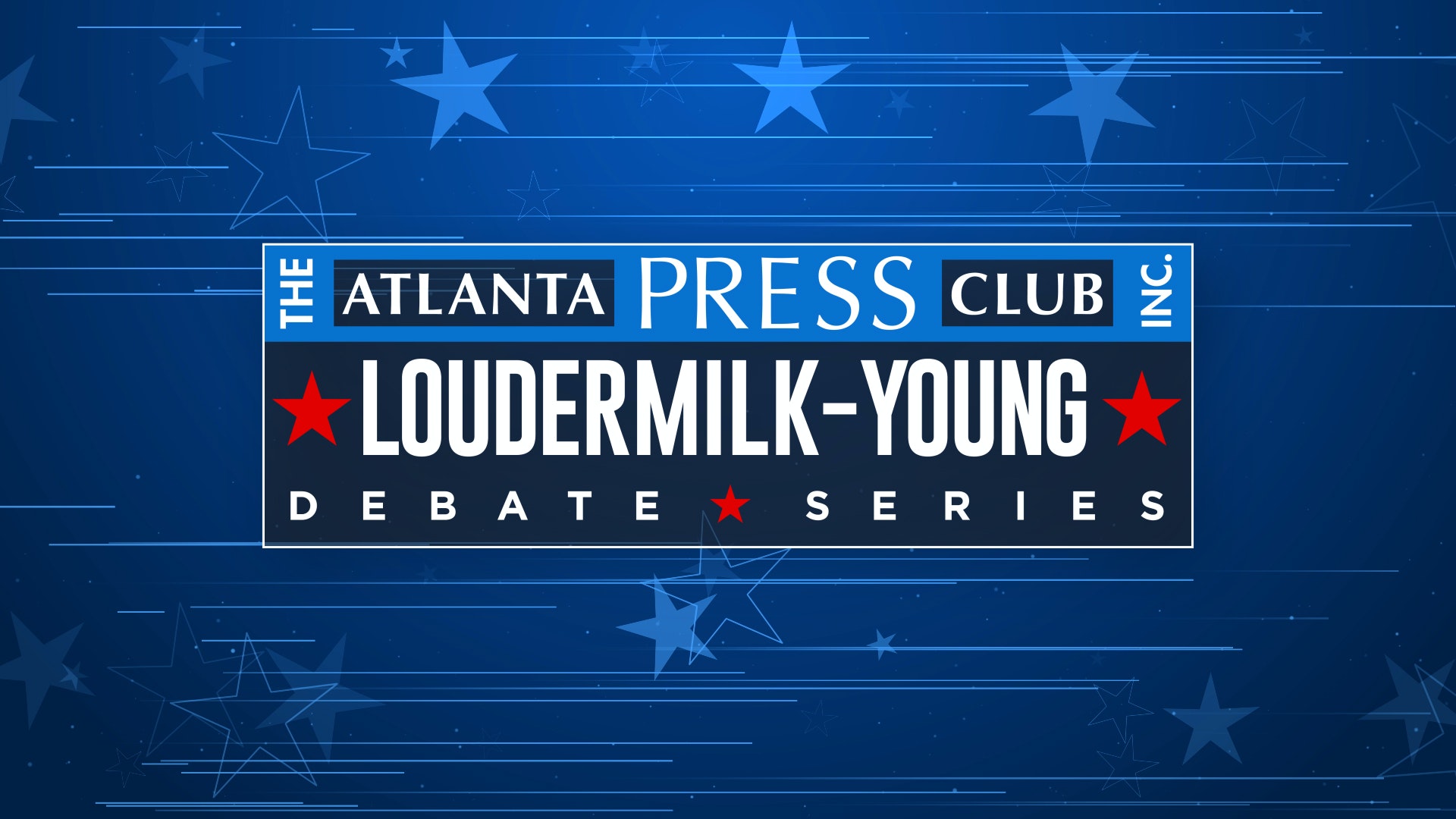 Join the conversation by using the hashtag #APCDEBATES

Candidates declining:
Candidates who decline to participate in a debate will be
represented by an empty podium.

Debate format:
Candidates do not make opening statements but the moderator provides a brief
introduction for each candidate. Props and electronic devices are not allowed on
set, but notes and a notepad are allowed. Candidates are questioned in random
order in each round. Candidates do not know the order in advance.

Previously, the Debate Series was funded from support by the late Tom Watson Brown. In 2011, R. Charles “Charlie” Loudermilk, founder of Aaron’s Inc., pledged $1 million to permanently endow the club’s series of political debates during every election year in Georgia. In honor of Loudermilk’s close friendship with former Atlanta Mayor Andrew Young, the debates are named the Atlanta Press Club’s Loudermilk-Young Debate Series.

In 2020, the Loudermilk-Young Debate Series was viewed around the world as the Atlanta Press Club and Georgia Public Broadcasting (along with CNN, Fox News and others) broadcast the debates between U.S. Senate candidates Kelly Loeffler and Raphael Warnock.  Jon Ossoff participated in the debates and David Perdue declined to join.

How are Atlanta Press Club debates organized and managed?

A committee of Atlanta Press Club members selects which primary and general election races to hold debates. The committee is co-chaired by Maria Saporta, editor and founder of the SaportaReport, and Rahul Bali, politics reporter for WABE public radio. Committee members must be Atlanta Press Club members and sign a disclosure statement, stating they have not engaged in any political activity in the prior four years. The members are drawn from Georgia’s pool of political journalists, several of whom also serve on the club’s board of directors. In addition to selecting debates to hold, the committee also assembles the panels of journalists and moderators responsible for each debate. Lauri Strauss, a past president of the Atlanta Press Club and a non-voting member of its board of directors, is contracted by the club to handle all the logistical details of staging each debate. The club also contracts with Summer Dunham, an independent contractor, to help. Strauss and Dunham are responsible for coordinating with the candidates and their campaigns, the panelists and the moderators, and work with Georgia Public Broadcasting, the broadcast partner of the debate series, to oversee all production aspects. Beyond primary and general election debates, the Press Club commits to holding debates for primary and general election runoffs.  Depending on the year, the club will host up to 40 debates from May to December, and is proud to organize one of the largest debate series in the nation.