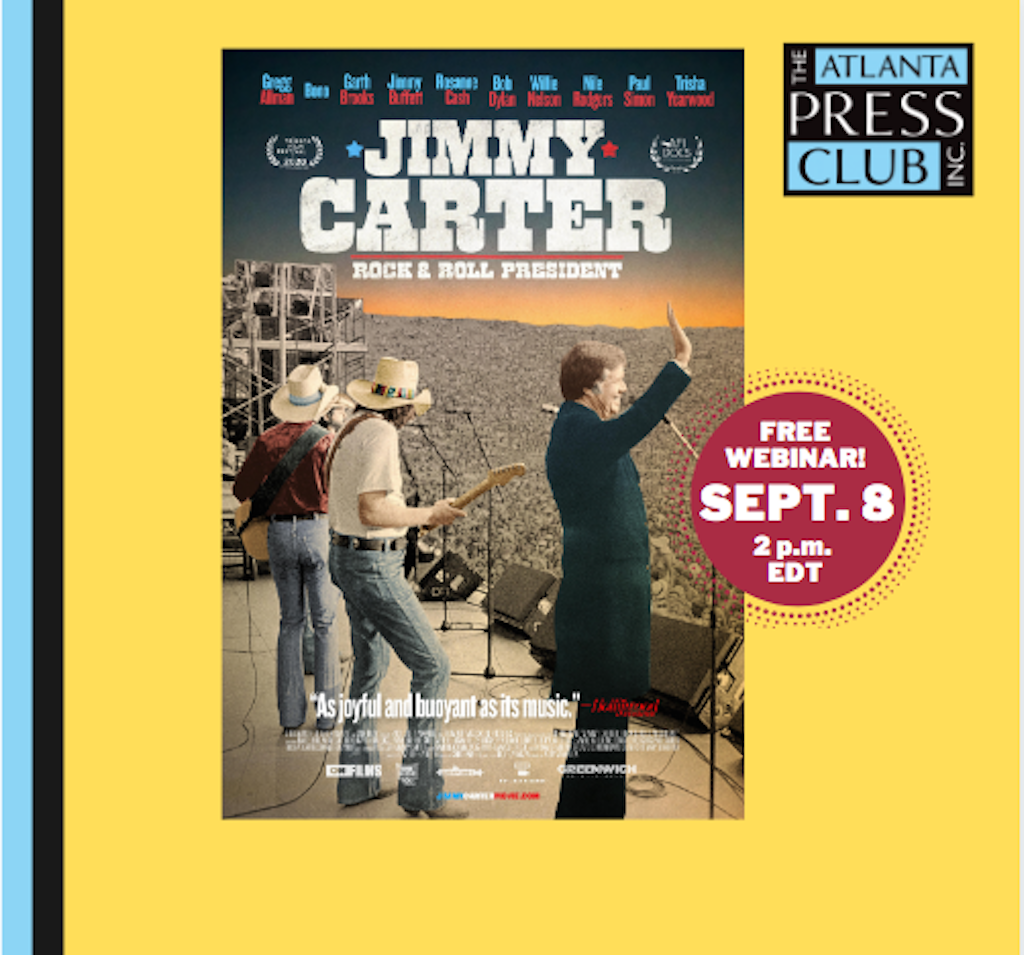 The film chronicles the role of popular music in propelling a relatively unknown candidate from Georgia to the White House, and the significant role that music has played in President Carter’s life and work. The film shows how Carter’s life-long passion for music gave him an unexpected edge as a presidential candidate, as he tapped into a force that transcended racial and generational divides, and often party lines. Carter’s appreciation for all genres of music and friendships with the likes of Bob Dylan, Gregg Allman, Johnny Cash and June Carter Cash, and Willie Nelson, helped to define his administration.

The documentary combines intimate interviews with Carter and an eclectic cast of contributors including Willie Nelson, Bono, Bob Dylan, Garth Brooks, Trisha Yearwood, Jimmy Buffett, Roseanne Cash, Chuck Leavell, Paul Simon, Andrew Young, and Madeleine Albright. Featuring rare, archival era-defining live performances from Willie Nelson, Jimmy Buffett, Paul Simon, and Bob Dylan, among others, director Mary Wharton traces how Carter’s genuine approachability, combined with the unifying power of music, became key to his political appeal, and allowed him to connect with voters who may only have known him as a small-town peanut farmer.

President Jimmy Carter said, “When Chris and Mary came to Plains to show the film to me and my family, it was entertaining and emotional for all of us. The film exceeded my expectations in every way. I’m thrilled that “Rock & Roll President” will reach a broad audience on CNN. Despite the difficult times we are in, the film highlights my personal belief that we should remain hopeful and that music is a powerful source of hope in trying times.”

Producer Chris Farrell and Director Mary Wharton commented, “We’ve been so gratified with the warm reception that online audiences have had for our film, and we are thrilled that Greenwich will give the American people the opportunity to experience it in a theater this fall. The first time we spoke to Andy and Ed we knew they understood that the story of an incredible man and his love of music was not just entertaining but also very timely. President Carter shows us that character and good works can serve as a guide not just for our leaders but for all of us, and that music can bring us together even in turbulent times.”

Chuck Leavell has been pleasing the ears of music fans for more than 40 years now. His piano and keyboard work has been heard on the works of Eric Clapton, The Rolling Stones, John Mayer, The Black Crowes, George Harrison, The Allman Brothers Band, The Indigo Girls, Blues Traveler, Train, Montgomery-Gentry, Lee Ann Womack and many, many more. In addition to being a well established pianist/artist in the music industry, Leavell is also a published author, long time tree farmer, co-founder of the popular website The Mother Nature Network, and keeps busy with his advocacy work on behalf of the environment.