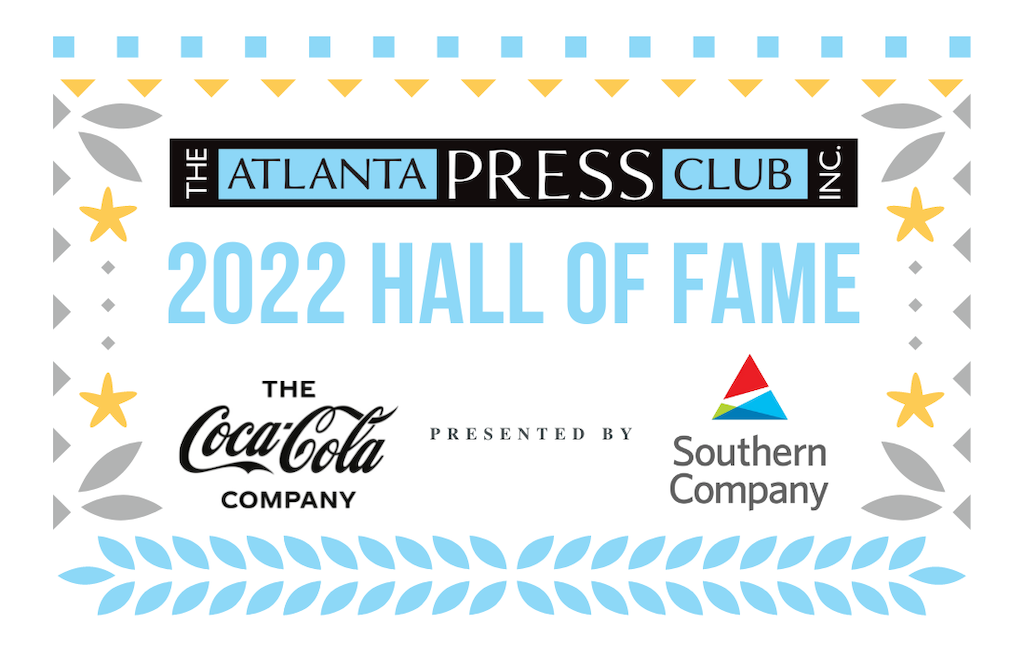 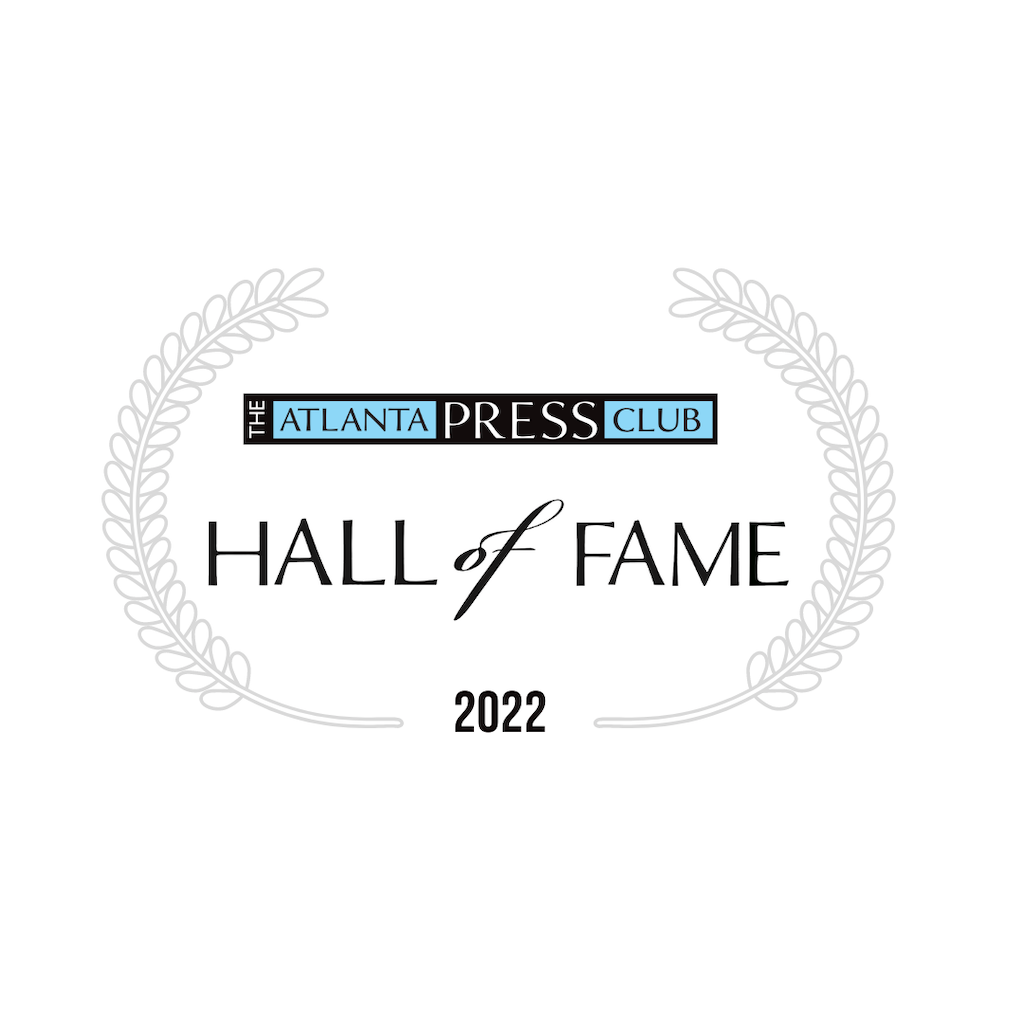 Six distinguished journalists will be inducted in the Atlanta Press Club Hall of Fame on Thursday, November 10, during a ceremony at the Cobb Energy Performing Arts Centre. The Hall of Fame dinner is Atlanta media’s biggest night of the year and recognizes journalists who have made a significant impact on journalism in Georgia and around the country. We hope you will join us!

Lorenzo “Lo” Jelks began his career in radio at WIGO-AM. A graduate of Clark College (now Clark Atlanta University), Jelks became the first Black television news reporter in 1967 when he was hired by WSB-TV Atlanta. Upon leaving broadcast in 1976, Jelks returned to radio by creating WAUC-AM, a station committed to showcasing Historically Black Colleges and Universities, and The AUC Digest, a newspaper serving the Atlanta University Center.

Mary Louise Kelly is co-host of “All Things Considered,” NPR’s flagship evening newsmagazine. A Georgia native, Kelly’s first job was pounding the streets as a political reporter at the Atlanta Journal-Constitution. In 1996, she made the leap to broadcasting, joining the team that launched BBC/Public Radio International’s The World. The following year, Kelly moved to London to work as a producer for CNN and as a senior producer, host, and reporter for the BBC World Service. In 2001, Kelly returned to the United States to join NPR. Kelly’s writing has appeared in The New York Times, The Atlantic, The Washington Post, The Wall Street Journal, Politico, Newsweek, and other publications. She is also the author of two novels with a third forthcoming from Henry Holt in 2023.

Jovita Moore was an Emmy award-winning television news reporter that with a Master of Science degree in broadcast journalism from Columbia University Graduate School of Journalism in New York. She anchored at WMC-TV in Memphis and KSFM in Fayetteville and Fort Smith, Arkansas before moving to Atlanta’s WSB-TV. In 2017, Moore was inducted into the Silver Circle by the Southeast Chapter of the National Academy of Television Arts and Sciences. She also won several Emmy awards for her journalistic contributions centered around cystic fibroids, eclipse, and more. After a seven-month battle with brain cancer, she succumbed to her illness on October 28, 2021.

Russ Spencer has anchored the 6 p.m. and 10 p.m. news on FOX 5 Atlanta since 1995. Spencer graduated from Princeton University and worked as a broadcast reporter in Pennsylvania, North Carolina, and Denver. In the late 1980s, he temporarily left TV to move to Central America as a freelance reporter. He also briefly worked in the Middle East. Spencer relocated to Atlanta and returned to broadcast as an anchor for FOX 5 Atlanta. He initially anchored the 6 p.m. news with Brenda Wood and reported for her prime-time news program at 10 p.m. When Wood left for WXIA, Spencer and Amanda Davis began working together in a partnership that lasted 17 years. In this role, he has won 13 regional Emmy awards, including three for Best Anchor and seven for Best Newscast.

Dick Williams was a multimedia journalist with deep roots in Atlanta, actively growing over his 55-year-long career in media. Williams was hired as news director by TV stations in New Haven, Baltimore, and Miami, before moving to Atlanta in 1976 to run the news operation at WXIA-TV Atlanta. In 1979, he was hired by the Atlanta Journal as city editor. During his time with the publication, Williams served as the business editor and an editorial columnist. The column ran until 1999. By this time, he was back in broadcast as the moderator of the longest-running public affairs show in Atlanta, The Georgia Gang, on Fox 5. Williams bought the Dunwoody Crier in 1996. Alongside his wife, Rebecca Chase Williams, the award-winning weekly saw major success with its local coverage of the city of Dunwoody. He retired from journalism in 2019 and passed away in 2022

Rebecca Chase Williams, also known as the ‘founding mother of Brookhaven,’ was an Emmy-award winning reporter and devoted political figure. Upon graduating, she began her journalistic career as a radio reporter covering the state capitol which led to her being hired as a reporter for WXIA-TV Atlanta. Here, Williams won two regional Emmy awards for Investigative Reporting and Best Documentary. She carried out the remainder of her journalistic career at ABC News as a National Correspondent. In 2015, she became the second Mayor of Brookhaven. Williams lost her battle to cancer on March 11, 2020.

Thank you to our sponsors 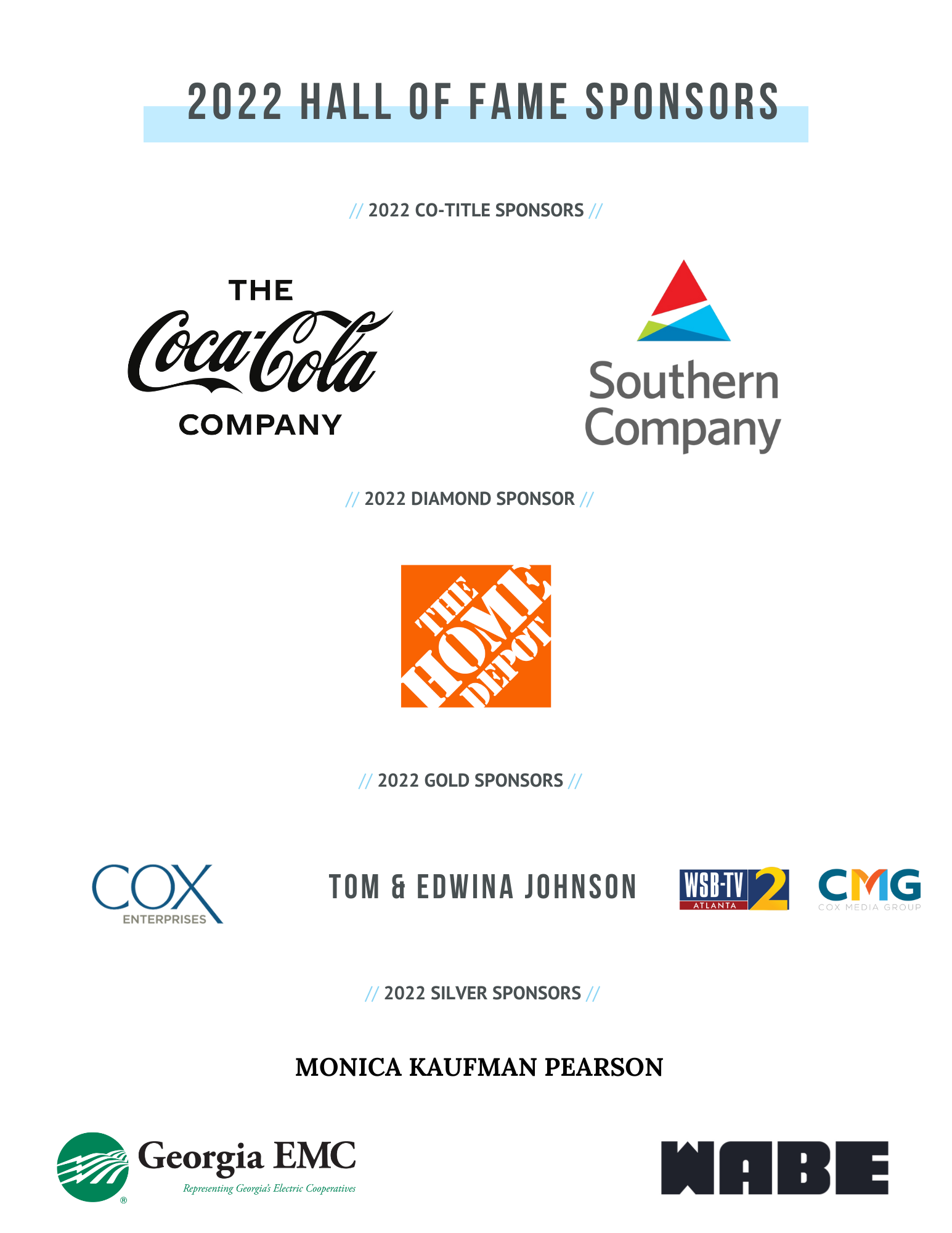 The Atlanta Press Club offers sponsorship opportunities and promotion for your company with this event. Please contact Paula Hovater at phovater@atlpressclub.org or 404-625-2882 for details and benefits.

Individual tickets are $75 for members and $100 for non-members. Tables of 10 are available for purchase by contacting info@atlpressclub.org.